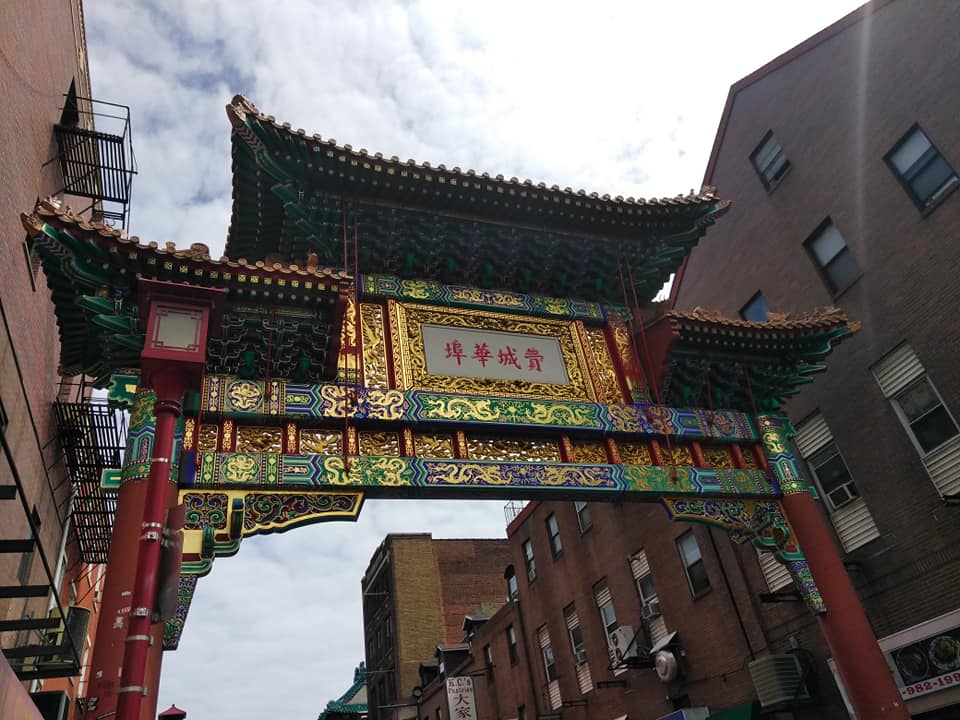 We are just northeast of Center City and we have been transported to a slice of the Orient near the heart of Philly. Welcome to Philadelphia’s Chinatown! Though a small neighborhood, this ethnic enclave packs so much amazing culture and uniqueness that it was actually on the top five things I HAD to see in Philadelphia! So come along as we soak in some foreign culture and be all refined and shit. 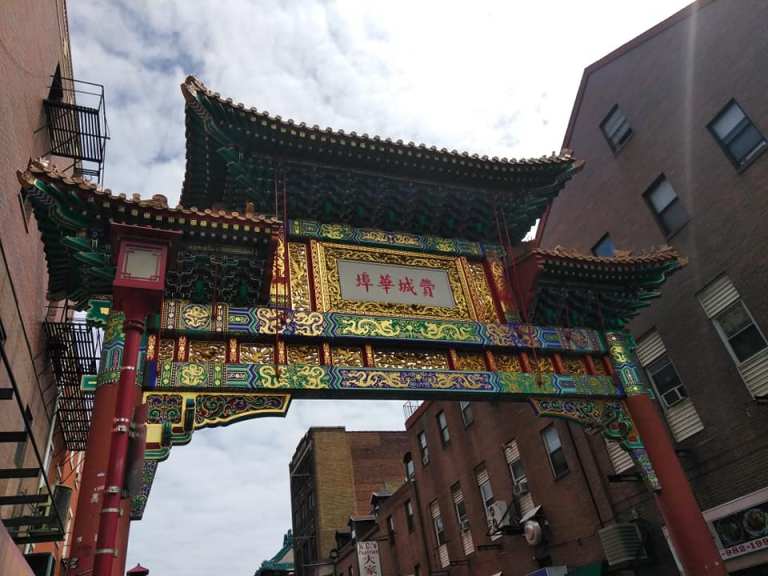 The Friendship Gate greets you on the corner of Race & Arch Street and has been greeting the millions of visitors to Chinatown since 1984! The Gate is the first authentic Chinese Gate built in America by artisans from China and was shipped here, piece by piece. My photo does not do it justice, it sparkles in the sun like no tomorrow. 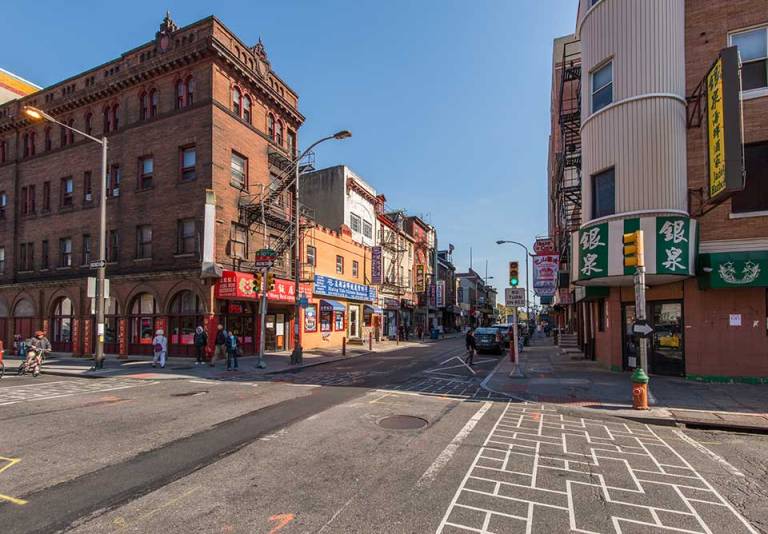 It’s like being in China once you walk into this neighborhood! With a thriving Chinese population, Chinatown Philadelphia has been the home to countless of Chinese immigrants since the 1870’s, when Cantonese immigrants first set up laundry shops and restaurants in the area. Though the Asian population of Chinatown is a mere 1,300, the area lures in a whooping 250,000 Asian immigrants from across the city and neighboring states. Who can blame them for making the trek though? From Chinese bakeries, resaurants, grocery stores, general stores and places of worship, Chinatown legit has anything you would ever want or need.

Chinatown is a fighter, with the desire to not only survive but thrive in a constantly changing urban environment. Throughout Philly’s history, Chinatown has been threatend with destruction in the name of urban reneawl. Some parts were lost but much of the core of Chinatown persisted, grew and now is yet another cultural gem in a city deeply rooted in culture and history.  This is especially true as so many Chinatowns across the United States are dying off, Philadelphia’s Chinatown seems to be surviving the test of time.

Grab yourself a bubble tea and wander down the streets. The stores are amazing to pop in, the food is delicious and you can almost buy anything you could think of. There are a ton of Chinese and ethnic eateries to choose from and the ethnic grocery stores can’t be  beat in variety, selection and unsual products. I mean how many American grocery stores sell live pigeons? Not gonna lie, I was tempted to buy one for ten bucks just to set it free but I resisted. So please stroll around, our strolling lead us through the streets and into an enchanting park decked out for a special event. 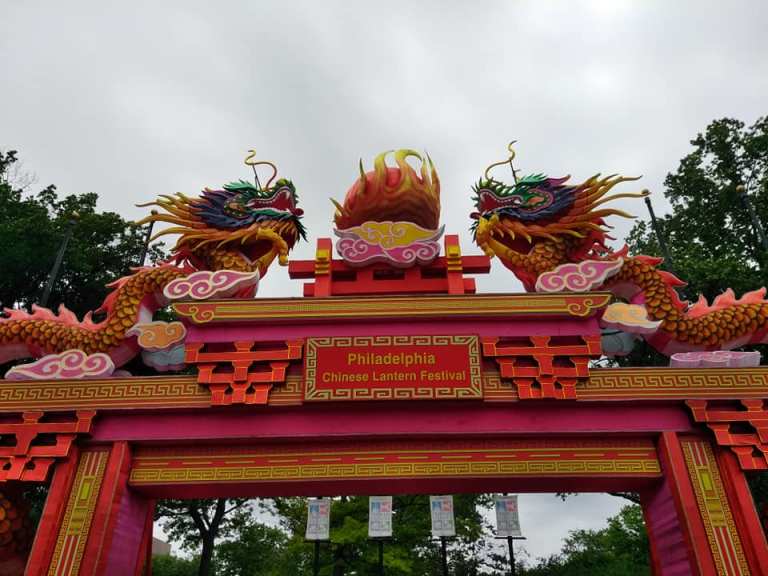 The Chinese Lantern Festival is not a permenant exhibit but it was a delightful surprise to find in Franklin Square, which is right in the eastern boundary of Chinatown. The park is a beautifully restored square that featuring an elaborate fountain and offers the citizens of Chinatown a lovely and inviting green space to enjoy.

During the day the Lantern Festival is free to stroll, and if you’re feeling like you got deep pockets you can come at night when all the displays are lit up for a nominal fee. Since at night we most likely would be either at a bar or back in Glenside, we opted to stroll gratis. Despite the exhibits not being lit up, they were incredible. 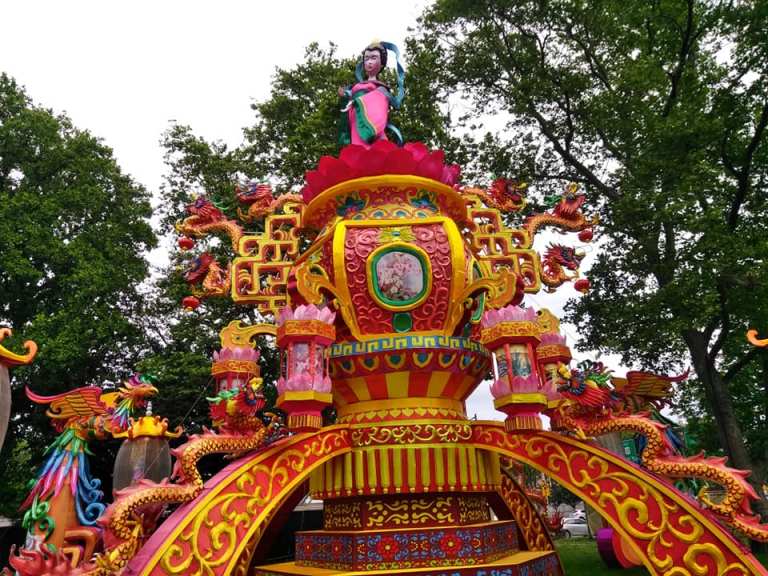 Stunning! I can’t tell you how stunning these displays were. Each displaying either different Chinese folktales or different deities, they are magical. We saw both young and old strolling, taking pictures and enjoying these terrific temporary pieces of art. 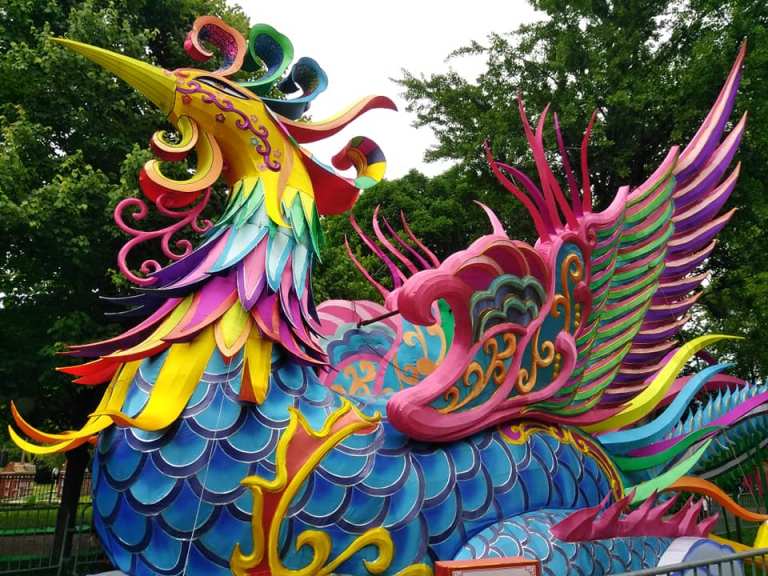 Incredible. Cities across the US have Chinese Lantern Festivals, I saw one before in Milwaukee, Wisconsin and it was just as beautiful (You may want to go google when the next one is in your town) Regardless though, if you find yourself in downtown Philadelphia step a few feet out of downtown and check out Chinatown for a piece of the exotic. You won’t be disappointed!