Greetings once again! Where did we end up this beastly hot weekend? Any guesses? OBVIOUSLY we went to a travel destination that just screams beauty, sophistication, and welcome. Indiana! Wait, did I just refer to what many Chicagoans consider to be the Midwest’s “Redneck cousin” as beautiful, sophiscated, AND welcoming? Yes. Once you get past all the grit, the negative conotations one has about Indiana, and avoidable blight, Northwest Indiana can be surprisingly charming. Our adventures included a trip to the rebounding city of Gary, the former gay haven of Beverly Shores, Michigan City’s FIRST Pride Fest and sipping drinks at Northwest Indiana’s ONLY gay bar, Dicks R U CRAZEE, located in Hammond. Despite being 105 degrees, almost succumbing to heatstroke (or the vapors as I call it) and an unrelenting sun, we soaked in the 3 C’s; culture, community events and cocktails.

What brought us today to historic and rebounding Gary was their second annual architectural tour #GaryPreservationTour. Forgot the days of good skin, or good hair, Gary has been flaunting it’s “good bones” like nobody’s business for the last two years! Gary, the posterchild of industrial towns literally exploded in population in such a short time. In 1906 it had barely a few thousand, fast forward to 1930 when it had over 100,000. It was pure magic! (and not the abracadabra kind that involves white tigers and Siegfried & Roy) Gary was not only an industrial powerhouse for Indiana, but a major player in the Great Lakes region. Sadly the magic of Gary did not last forever though, the 1960’s and 1970s rocked the city as the steel plants that fueled the industrial giant began mass layoffs. Modernization of the steel plants required less and less employees as each year went by. This devastated the city. White folks hightailed it out of the city to greener pastors in newly built suburbs(enter in the scene, Merriville, Indiana! Founded in 1971 ), as the economic turmoil spurred crime. Tax dollars in the city’s coffers plummeted due to the decline in population (there goes cuts in city services) and retail giants that dominated the city’s downtown like Sears Roebuck & Company (when they were actually revelent) and Goldblatt’s (anybody remember them?) closed, leaving once glittering Broadway so boarded up it was referred to by residents as “Plywood Boulevard”

That was then, but this is now. Gary is pulling itself up by the bootstraps, kiddies. Their Harvard educated mayor,Karen Freeman-Wilson is a no nonsense mayor (Gary’s first female mayor) who is turning things around, securing abandoned buildings, knocking down depilated properties luring in new business and is a key figure in the restoration of the”Magic City”. For the first time in decades we see the middle class returning to Gary, restoring homes, investing in the community, and helping to fuel the American dream that has been extinguished in so many rustbelt cities.

Our tour today took us to two historical landmark districts; the Horace Mann neighborhood and Morningside, two of Gary’s most affluent and architecturally interesting neighborhoods. These two neighborhoods have survived the test of time and stayed afloat during the worst economic floods that swallowed most of Gary during the steel industry’s exit from the region.

Our first stop was the Horace Mann neighborhood. Once home to Gary’s original glitterati, ranging from company bigwigs, doctors, lawyers, and all around ballers, Horace Mann was the place to be. Named after the now shuttered Horace Mann High School, the Horace Mann neighborhood was Gary’s original Gold Coast, where the movers and shakers of the city lived and ruled over empires of industry. During it’s heyday of the 1920’s there was a car in every garage, a chicken in every pot, and more often than less a mistress conveniently living in one of the many apartment flats on nearby Fifth Avenue.

As I said earlier, Horace Mann was not a neighborhood for the common steel worker. They lived farther north in comfortable but not as fabulous housing that was within walking distance of the steel plants. Horace Mann was the neighborhood for those of means, close enough to drive to the steel plants but far away enough to keep the smoke away. Another factor set Horace Mann apart from the majority of Gary at the time—the large amount of college educated Jewish people living within it’s borders. Gary of the 1920s, despite it being a multi-ethnic and multi-cultural city offered very little options for housing for Hebrews and Shebrews. Horace Mann was the exception. Jewish culture thrived in Horace Mann for nearly 30 years until the 1950s when the Miller Beach neighborhood opened up it’s doors to the Chosen People. They soon packed up their swimsuits and Exodus Part II began.

The residents of Horace Mann were far from basic. The people who lived in these homes had taste, sophication, education, not to mention deep pockets from running industrial empires that stamped out any form of unionization by it’s employees (but that’s another story). Nouveau-riche Americans were beginning to say “Bye Felicia” to the contemporary American Four Square design that was so prevalent in the rest of Gary and the rest of the Midwest.  Long gone were the days of craftsman bungalows and traditional lines, now in vogue were modern houses designed specifically to look from another time period. Eclectic was now the rage and what you find primarily in Horace Mann.

Why go to jolly old England when you can have it come to you? Minus of course the scones and that God awful Cockney accent. Here comes the English Cottage style of architecture to the rescue! The 1920s was an era full of eclectic architecture in both residential and commercial structures.  Although at the time many considered such styles as garish, or “new money” as today we look at McMansions (I’m looking at you Northbrook, Illinois) they still stand today, sturdily as when they were built, providing some architural enchantment to a city that has had more than it’s share of depression.

Have all the homes in Horace Mann reached Malibu Barbie status? Of course not, the Horace Mann Historic District consists of a several blocks, and obviously not every house is showroom ready. However, the neighbors will not tolerate neglect of properties, especially ones that are owned by the banks. They ensure that lawns are cut, bushes trimmed, and properties are securely locked. Crime is not widespread here and the citizens of Horace Mann want to keep it that way because honestly, ain’t nobody got time for crime in such a charming area. 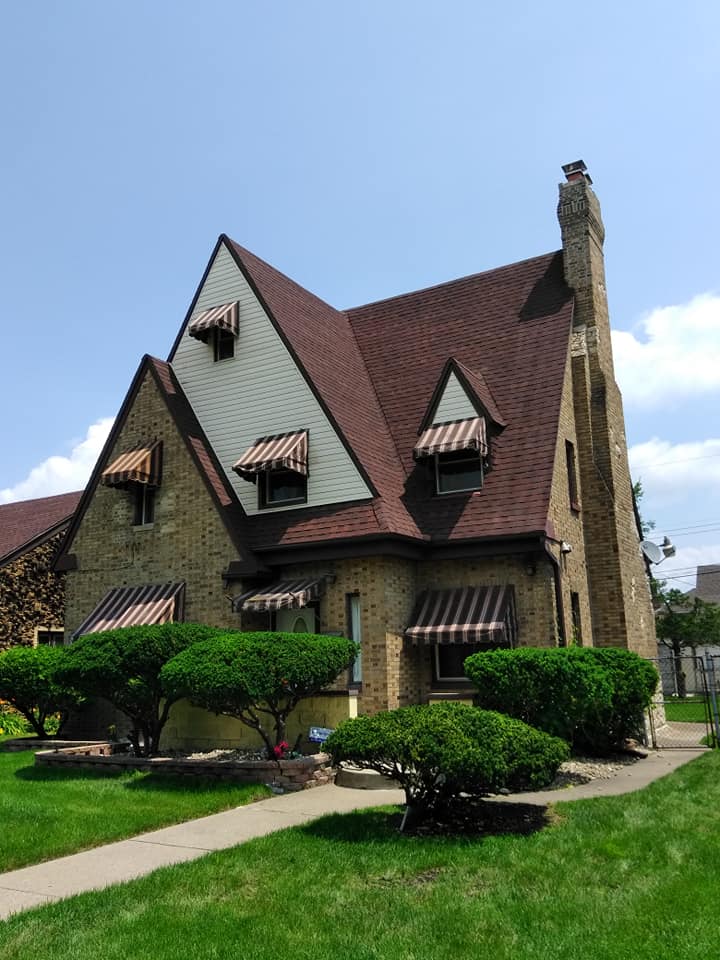 Though the community shifted in the 1970s from being a white collar, and heavily Jewish enclave to one that is African-American, the strong desire to maintain a stable community has remained. During our walk through the neighborhood countless people were tending their lawns and many even chatted with us about their histories in the homes. Many wished they knew about the event earlier because they would have volunteered their homes for a walk through. Community pride is still high here.

What does the future hold for Horace Mann? Hopefully it is a bright one. Demographics show that the population of Horace Mann is considerably older than much of Gary, with many homes being in the same family for over half a century. Will the children and grandchildren of the original trailblazers continue to stay, or will the appeal of strip malls and chain restraints lure them outside the city limits?  Only time will tell, but seeing the pride, stability and beauty that this hidden gem offers I can see future generations continuing to establish roots here.

So why to I recommend a visit to Gary? Many reasons, one being it’s proximity to Chicago, it’s a mere hour from the Loop! I highly recommend it for those who want to visit somewhere off the beaten path, for those who want to soak in some history, those who want to dive into a burgeoning art scene, and for people who are tired of day tripping to basic places like Wisconsin and Michigan all the time(because going to the same spot for vacation all the time….I can’t even). So come by car, boat or ferry! What are you waiting for Chicagoland? Come to Gary!

P.S. For those who missed the Gary Architectural tour this weekend, don’t fret darlings! It’s happening again July 14, 2018, 10-4 pm. Check in at the lovely and historic Gary State Bank Building at 504 Broadway.

Next stop; the Morningside Historic District. Hop in! We’re driving 20 minutes down Broadway to where the streets curve and sway more than a twink walking down Halsted. Buckle up!